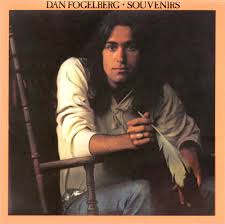 “As the Raven Flies”

“Souvenirs” was the sophomore album by the late Dan Fogelberg Released in October of 1974 this record had the privilege of having the great Joe Walsh producing and playing on most of the tracks. This record was the beginning of a strong 7 year run of hit records that we fill strongly justified our believe that Dan Fogelberg should have been inducted into the Rock and Roll Hall of Fame a long time ago.

Although Dan was best known as a folk singer As the Raven Flies has a great rock beat that allows Dan to bring out some of his inner vocals that makes you appreciate him even more.Then you add the early 1970’s style of guitar that Joe Walsh still had after his James Gang years and you get this classic song