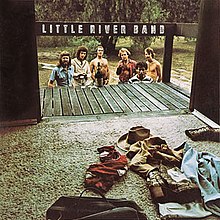 Little River Band is an Australian band that formed in 1975 and soon followed with there debut album Little River Band. The first song off of the album happens to be this 8 minute 40 second masterpiece.

We have done a few songs here at Forgotten Rock Classics that are long in length and they all tend to be more on the hard rocking side. But this week we would like for you to hear a song that is more of a smooth rock classic that has so many elements tied into it that you don’t want it to end.

The song starts with a beautiful but short string arrangement that sets up the song and as the strings fade away and the band softly kicks in you know that there is a chance that you are going to be in for musical treat. The vocal harmony’s through out the song tell us that they had some small influence from The Beach Boys. Then you add the guitar work of Ric Formosa and Graeham Goble (who also wrote the song) who surprisingly, and unusually for the time period don’t try to overpower the song but stay at the same level through out the song and keep the short but sweet solos simple. If you have never heard It’s a Long Way There we really recommend that you give it a shoot because in the end you will be adding this classic to your play lists.